The goodwill and meeting opportunities generated by the Olympic deal should be utilised to bring about peace, argue professors Chung-in Moon and Timo Kivimaki. 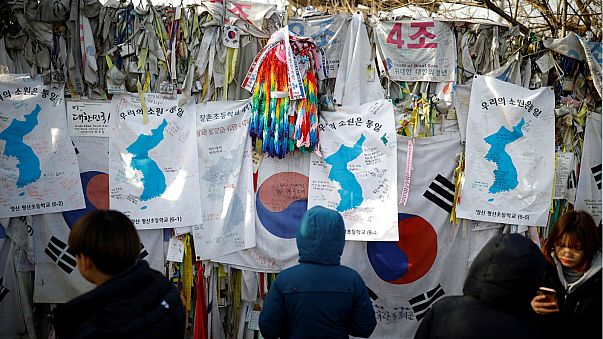 By offering only demonic identities for North Korea the US cannot expect cooperative and peaceful compromises from it: demons do not compromise.
Chung in-Moon and Timo Kivimaki Researchers

The Korean Peninsula is back at a crossroads of war and peace. It has teetered on the brink of no return since the signing of the armistice agreement in July 1953. But then the Pyeongchang Winter Olympics brought about a major turning point.

As the US and South Korea temporarily suspended their annual joint military exercise and training, North Korea has reciprocated by not only participating in the Winter Olympics, but also showing self-restraining behaviour. North Korean leader Kim Jong Un has decided to dispatch his own sister Kim Yeo-jong to Seoul as a member of high-level delegation. A peaceful Pyeongchang Olympics is no longer wishful thinking. 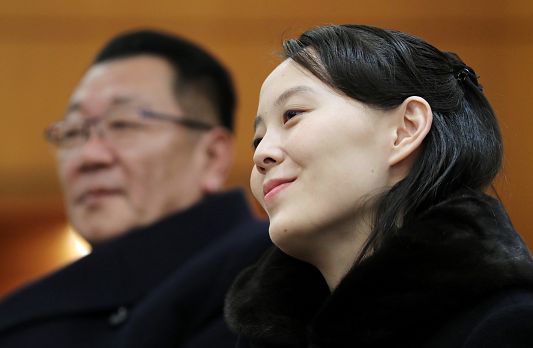 The issue at stake is whether South Korean President Moon Jae-in can make a successful transition from a peaceful Olympics to a lasting Olympic peace that can lead to improved inter-Korean relations, a resumption of Pyongyang-Washington bilateral talks, and eventually a breakthrough to the stalled North Korean nuclear issue.

The root cause of the current quagmire comes from North Korea’s unruly pursuit of its nuclear ambitions. Nuclear weapons for Pyongyang are a source of national pride and international prestige and not just a reaction to external security threats. In general this is something a leading expert in the field, Dr Jim Walsh from the MIT, has proven in his studies about nuclear powers, and it must be part of the truth for North Korea too.

Yet, North Korea’s foreign minister Ri Yong Ho claims in his speech at the ASEAN Regional Forum that its nuclear program is a rational response to US aggressive behaviour. What makes North Korean nuclear deterrence rational for Pyongyang is, according to the foreign minister:

the fact that US has actually used nuclear weapons against civilians

that it has placed nuclear weapons on the Korean Peninsula, that it keeps on practicing “war operations” that simulate regime change

that it has changed regimes in several authoritarian non-nuclear countries

How to resolve the standoff

Yet, regardless of whether North Korea’s nuclear provocations are driven by excessive national pride or the need to deter, there are strategic prescriptions that both interpretations support.
KCNA via REUTERS
Kim Jong Un provides guidance on a nuclear weapons program. KCNA via REUTERS

First, it is essential for the US to avoid demonizing the North. By offering only demonic identities for North Korea the US cannot expect cooperative and peaceful compromises from it: demons do not compromise. Furthermore, demonization strengthens the North Korean narrative of the need to defend a country’s honour and safety by means of nuclear deterrence.

To produce North Korean compromises, incentives and disincentives should be flexibly combined and presented. Frankness, two-way understanding, and trust-building should be the basic guiding principle of a diplomatic approach. It must speak its minds, but it should also hear out Pyongyang in order to find mutually acceptable solutions.

Second, only practical and realistic dialogue can bring about a solution without unacceptable loss of life. Negotiated solutions only can offer North Korea alternatives that could rescue its national pride and security better than continued nuclear deterrence.

Dialogue should be possible given the business-minded approach of the US president and his team. President Trump has repeatedly given support to President Moon Jae-in’s effort to initiate dialogue on the Korean Peninsula. North Korea, too, has given veiled support to dialogue on North Korea’s nuclear weapons assuming there was a reversal in the American ‘hostile policy and nuclear threat to the DPRK’. Therefore, a mechanism for dialogue should be restored.

In our opinion, the Six-Party Talks are still the best venue for negotiation. Concerned parties can have bilateral, trilateral, four-party, and five-party talks within the six-party framework. In addition, the September 19 joint statement is still the best diplomatic document for denuclearizing North Korea. Deliberating on alternative mechanisms for dialogue and negotiation will be time-consuming. 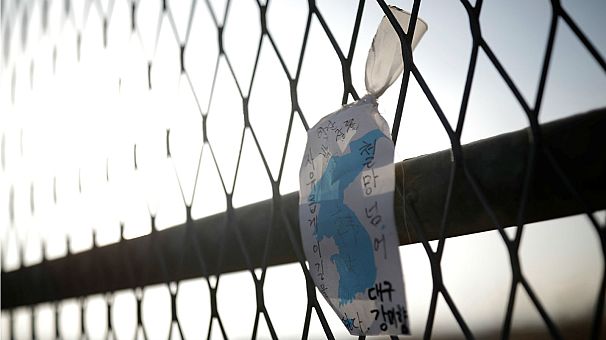 A unification flag hangs on a military fence near the demilitarized zone (DMZ) separating the two Koreas. REUTERS/Kim Hong-Ji

Third, prioritization in negotiations of the nuclear agenda in dealing with North Korea is critical. Pyongyang has been subject to international criticism over other issues such as reckless behaviour in cyber security, massive violations of human rights, and deterioration of conditions of basic human needs. All these issues cannot be resolved at once.

Primary attention should be paid to the nuclear issue. Progress made in this issue will eventually lead to breakthroughs in other areas through mutual trust-building.

Fourth, goals for negotiations must be adjusted to changing circumstances. It would be too idealistic to expect North Korea to completely dismantle its nuclear weapons and facilities in the short term. Instead, it should seek a moratorium on its nuclear program to prevent further production of nuclear materials. Pyongyang repeatedly said it would cease nuclear activities if terms were met. In this regard, Siegfried Hecker’s step-by-step approach of ‘freeze, roll-back, and verifiably dismantle’ might offer a viable exit strategy. Practical ways to resolve the North Korean nuclear conundrum might be found in existing agreements that emerged from the Six-Party Talks.

Finally, all possible cards should be placed on the table, including a temporary halt to joint South Korea – US military drills, replacement of the armistice agreement with a peace treaty, allowing North Korea’s peaceful use of atomic energy and space/satellite program, and normalization of diplomatic relations between North Korea and the US. While addressing issues through dialogue, Pyongyang’s intentions and demand accountability for breach of faith should be rigorously probed.

The situation now is critical, and we do not have time to spare. At the same time the goodwill and meeting opportunities generated by the Olympic deal, that allowed North Korea’s participation, should be utilized. Dialogue can tackle North Korean nuclear provocations regardless of whether they are driven by excessive pride or rational security concerns. With dialogue, a peaceful Olympic Games can be transformed to long-term Olympic peace.

The views expressed in opinion articles published by Euronews do not represent our editorial position. If you want to contribute to our View section, email ideas to: spambots으로부터 이메일 주소가 보호되었습니다. 보시려면 JavaScript를 활성화하세요.